San Diego has a large metropolitan area consisting of San Diego, La Jolla, Del Mar, and Carlsbad. You can very easily fly into San Diego and then drive up the coast to visit many of the destinations below.

The first time I visited San Diego, my husband and I (boyfriend at the time) used a LivingSocial coupon to purchase a discounted ticket to the San Diego Zoo – Safari Park, which was about 30 minutes outside of the city. This zoo held all animals you would expect to see in an African Safari. One of the coolest things we saw was a cheetah race where the Cheetah chased a stuffed bunny rabbit to get a treat in the end running over 60 miles per hour. They had an excursion where you can play with the baby cheetahs; if I would have known before, I definitely would have purchased this. They also have an excursion where you can ride around in a car, and feed the wild animals such as giraffes, zebra, and rhinos. Another really cool exhibit was the tigers change, where they have glass walls, and the tigers can come right up to the glass next to you. This zoo was incredible, and I would be interested in visiting the famous San Diego Zoo downtown.

The second time I went to San Diego, we visited the famous San Diego Zoo that is located downtown. They had animals from all around the world: Australia, Africa, Asia, San Diego, Antarctica, and the Americas. One of my favorites was seeing the pandas! I also loved the large tortoises that were eating pumpkins since we visited in October. We walked over 5 miles that day, so definitely wear good shoes if you visit! 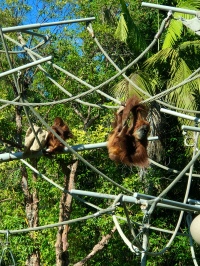 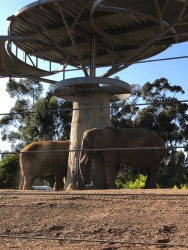 Balboa Park is located downtown San Diego, and it has over 200-acres of parks, museums, gardens, theaters, and the San Diego Zoo is located inside as well. People stroll through the paths for exercise, or to visit the many entertainment sites.

The Gaslamp District is a fun area in San Diego where a lot of younger people hang out because it is filled with restaurants and bars. Mike and I went to this really unique speakeasy where they had a live band, and they were playing some swanky songs. There was no menu, and mixologist made us our very first drinks with egg whites. I told him I like fruity drinks, and he used all the fresh ingredients and spices he has, and whipped up something for me. I was really nervous at first, but it actually tasted amazing. This was the beginning of Mike and my obsession with Mixology bars. 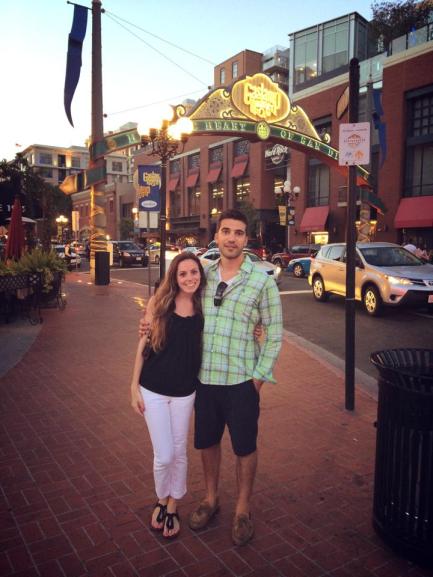 Holy Matcha is a trendy matcha tea bar with many different matcha tea drinks & light bites. It is in a very pink and had a Beverly Hills feel. We ordered a lavender matcha and a cacao matcha, and I loved both (but I think I liked the lavender matcha slightly better). 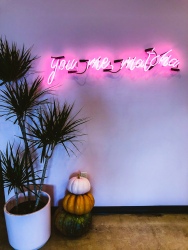 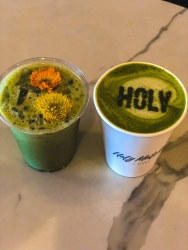 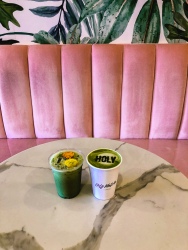 San Diego has one of the largest Navy bases that people are allowed to tour. Mike and I walked down towards it during a sunset one night. If I ever go back to SD, I would like to take a tour of the base.

Mike and I went to La Jolla to go snorkeling with the Leopard Sharks with his friends. There are a bunch of places downtown La Jolla where you can rent snorkel gear. We wanted to rent kayaks, but they were sold out at the time we went. I would recommend booking ahead of time if it is something you really want to do. I only snorkeled for about 20 minutes because I got extremely tired with the waves in the ocean, but Mike and his friends did it for about an hour and they saw so many leopard sharks. They said that they swam only a few feet below you.

Torrey Pines State Reserve is a famous beach area just north of San Diego with  2,000 acres of coastal state park. People come here to swim, hike, picnic, and watch beautiful sunsets over the pacific ocean. There is some free parking located just outside of the park, otherwise you have to pay $20 to park, so try to get there early.

The Del Mar Thoroughbred Club is a horse racing track located in Del Mar, CA. We spent the day here betting on various horses (ended up winning $9, WOOHOO). A lot of people dress up in fancy dresses, suits, and wear hats; just like at the Kentucky Derby. After the horse races were over, they have free concerts. We happened to go when Ludacris as playing. It was a really fun day!

Mike and I had dinner one night at Viewpoint Brewing Company, which is a really cute outdoor brewery on the water with really good food! We happened to be there on a night that they had trivia, and it was pretty entertaining to watch. We enjoyed our night here. 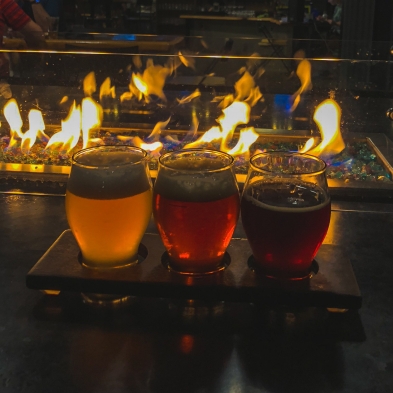 I also had a work client in Del Mar that had the most beautiful office campus that I have ever been to. I wish all office buildings looked like this one on the outside! The palm trees are a dream. Every time I visited I was in awe (even in the second photo when it was cloudy outside).

On our drive from San Diego to Disneyland, we passed a sign that said Legoland, and we decided to get off the highway and check it out. Legoland consists of a massive resort, a water park, and an aquarium they are all built, or look like they are built out of Legos. I have never seen so many excited happy little kids (until later in the day when we were at Disneyland). We bought tickets to the aquarium, and it was one of the coolest aquariums I’ve been to. They had a lot of interactive features for all of the kids, and many cute Lego sculptures.

After Legoland, we hopped back on the highway, then got off in Carlsbad because Mike wanted some Starbucks. We happened to stop at a massive outlet mall. I told him I wanted to go into Kate Spade just to look, and I ended up walking out with a new purse. They have so many different outlet stores, so if you love to shop, you definitely need to stop here.

One thought on “California – San Diego”