We headed to Maine on our North East road trip after visiting Vermont and New Hampshire. Below is an itinerary for one day in Maine.

When we arrived in Portland, we stopped by the Bissell Brothers Brewery to enjoy lunch and a beer. They have a taco stand attached, and we enjoyed great chicken, steak, and carne asada tacos. The beer was also very good. They release new beers every so often, and we happened to visit on a weekend that they were releasing a new one.

We stayed at the Portland Residence Inn right downtown on the waterfront, and we got a really good rate with my company code thankfully. The hotel was in the perfect location to walk to everything else in the itinerary for downtown Portland.

After dropping off our belongings at the hotel, we took the ferry over to Peaks Island. We went straight to Brad’s Bike Rental, which was a 5 minute walk after we got off the ferry, and we rented 2 bikes for $10 an hour. We rode around the Peaks Island Loop, which is really the only thing you can do, and it is about 4 miles, and takes about 1 or 2 hours. We rode pretty fast, and then we came back and had a drink at the Island Lobster Company until our ferry back to Downtown Portland. 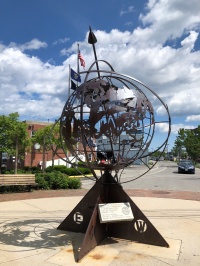 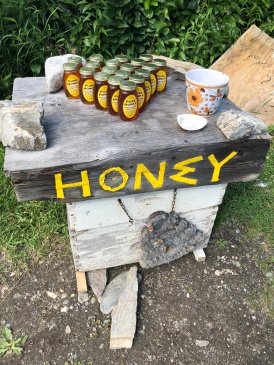 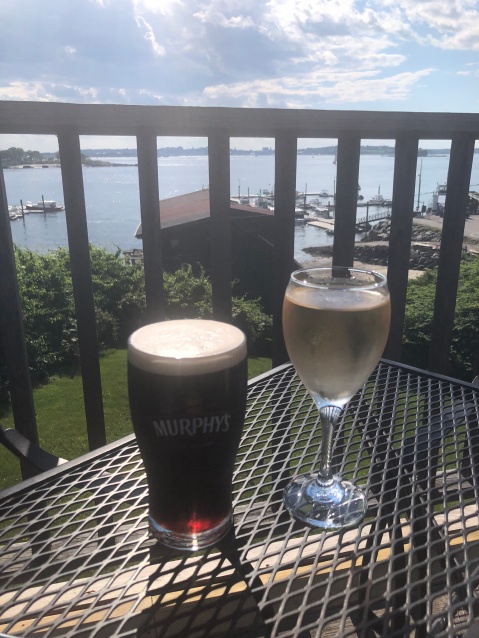 The Portland Observatory is a marine time signal tower that was built in 1807, and it is the only known surviving tower of its kind still standing in the US today. It is open from 10AM – 4:30PM daily from May through October, and admission is $10 for adults, $8 for students, and free for children under 6. 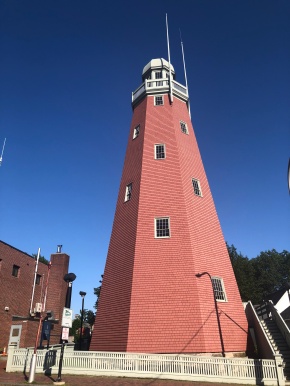 Shipyard Brewing is a popular family owned brewery that makes craft beer and sodas. Pumpkinhead is one of their most popular beers and you can buy it in stores across the United States.

This restaurant is very popular (and small), so go early or expect to wait a little. We only waited about 20-30 minutes before getting a table inside. They are known for their poutine, so we ordered the poutine with duck confit with a duck egg, brussels sprouts, and a delicious cookies and cream milkshake. 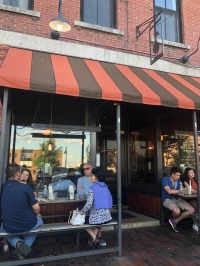 Downtown Portland is filled with cobblestone streets, historic buildings, restaurants, art galleries, and many many antique shops. We joked during the trip that Maine had the most antique shops in the US; they were everywhere!

Holy Donut has two locations in Portland: one is right downtown, and the other is about 2 miles out of the downtown. We tried to go to the one right downtown first, but the line had about 30-40 people in it, so we opted to go to the one just a bit further on our way out to the Portland Lighthouses (keep reading), and there was no line at all. The donuts are so popular because they are made from Maine potatoes, local butter, and their coloring is from natural dyes and fruit juices. They also offer vegan and gluten free donuts. We enjoyed a delicious maple donut and a blueberry donut. I understand what all the hype is about. 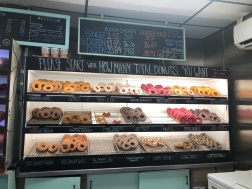 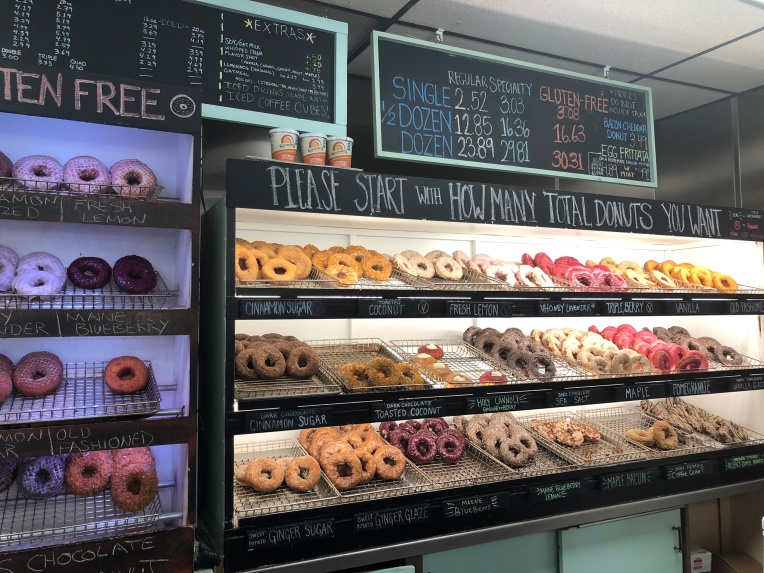 There are many lighthouses to see in Maine, and the three listed below are easy to get to and are located just south of downtown Portland.

The Bug Lighthouse got its name because of its cute small size. This lighthouse used to have an actual house attached to it where someone lived to man the lighthouse. The lighthouse was dimmed in World War II in 1942, and just opened back up in 2002. There was a cute park nearby and benches for people to sit on. You can also see a really great view of Portland from the lighthouse.

It is definitely worth driving south to see the Portland Head Lighthouse. This lighthouse is Maine’s oldest operating lighthouse, and it was built during George Washington’s presidency. The lighthouse peers over jagged cliffs, and there is a large park near by. The light house had a large parking lot, and it was pretty crowded.

This lighthouse is actually located on private property (we didn’t know until we got there). If you drive past it on the street, there is a small parking lot to view it from the bottom, but the view isn’t that great. I probably would skip this one unless you really wanted to see it. 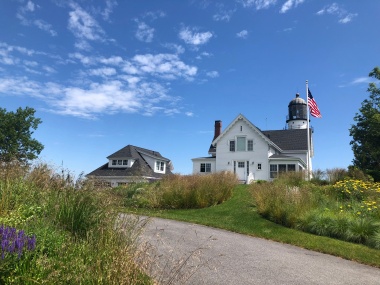 Downtown Kennebunkport is located about 45 minutes south from the last lighthouse we visited. The downtown is really cute, but it was super crowded. There are a lot of big hotels/resorts and yacht clubs nearby, so if you are staying at any of those, I would imagine walking downtown would be really nice. 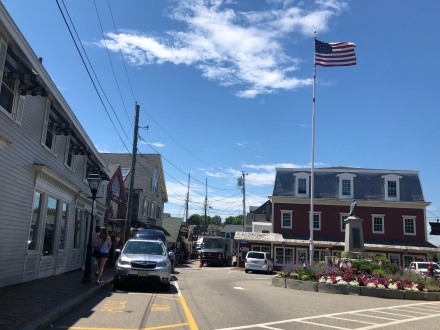 On our way to the Bush Compound, we stopped at the Saint Ann’s Church, which is an immaculately-kept stone church right near the Atlantic ocean. The church still offers Sunday mass. There is a memorial for the Bush family. I thought that it was very cool to see a church that the Bush family attended. 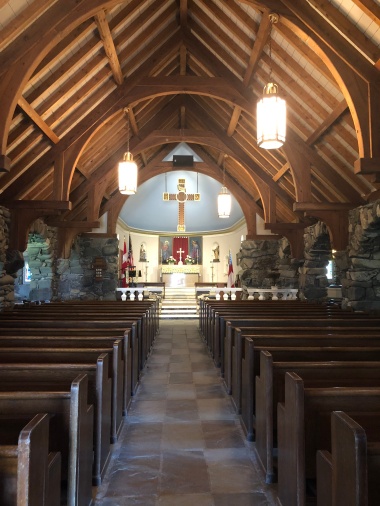 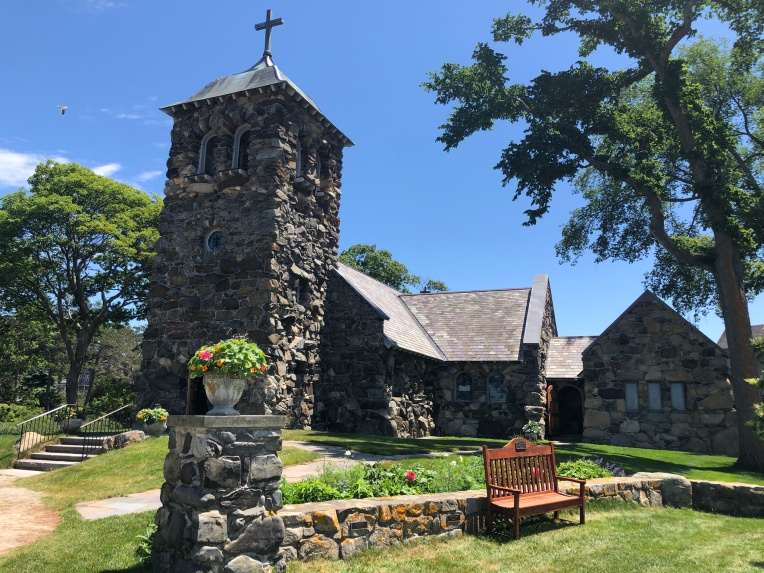 The oceanfront home of former President George Bush. You can only see the compound which is a peninsula that jets out into the Atlantic ocean. There were 4 large black SUV’s (assuming secret service) blocking the street leading up to the house. It was still beautiful to visit and take in the compound from a far.

Our final stop in Maine was driving to the cute little town of Ogunquit to get some lobster at the Lobster Shack. My friend since the 2nd grade went on a similar north east road trip, and she said she tried lobster rolls in every city and this one had the best. Mike ordered the lobster roll, and he said it was amazing. I ordered the fish tacos, and they were amazing too! 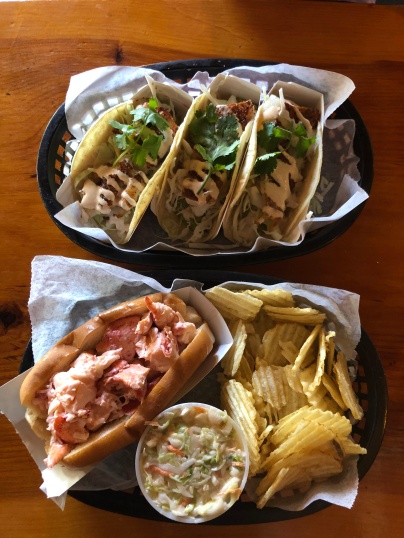