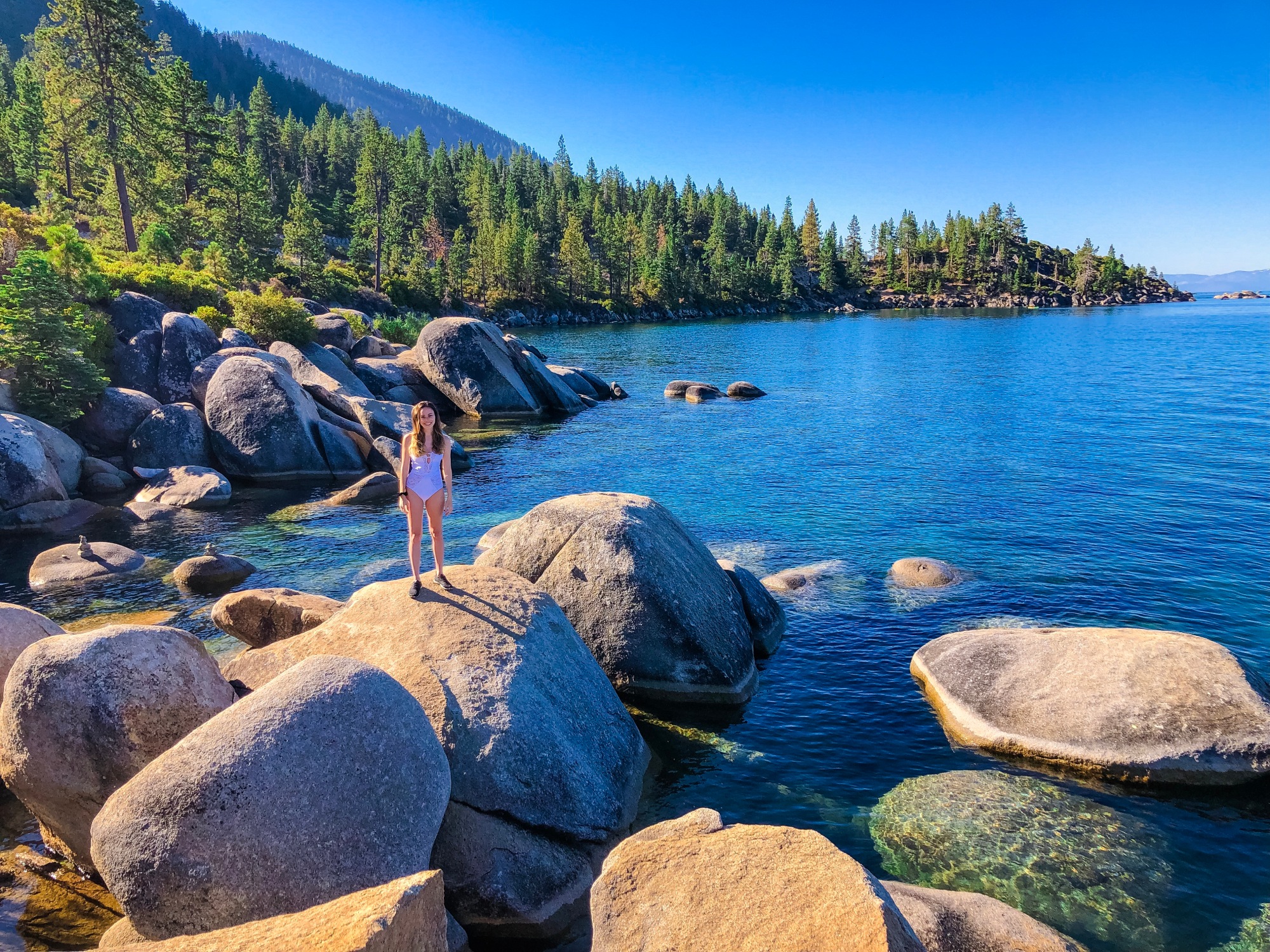 Lake Tahoe is half in Northern California and Half in Nevada. I added stars on the map for the areas that we visited and I list out below. You can get to Lake Tahoe via plane by flying into Reno, or you can drive 3 – 5 hours (depending on traffic) from San Francisco or Sacramento. Our first trip, we flew into Reno, and our second trip, we drove from Silicon Valley. 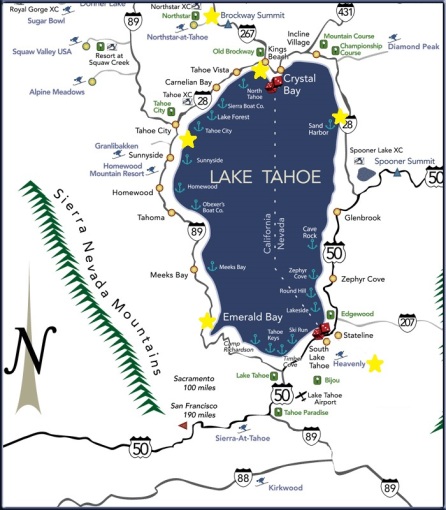 Mike and I visited Lake Tahoe to go on a snowboarding in January 2018. We stayed in the Heavenly Village in South Lake Tahoe. Heavenly Village is in California, and it consists of multiple smaller hotels, shops, and restaurants, but you can also walk 5 minutes to get to Nevada, and there are multiple large casino resorts there as well. The village also has activities for families such as an ice skating rink, snow tubing, and more. 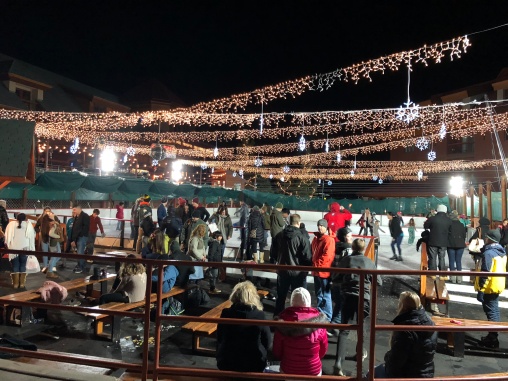 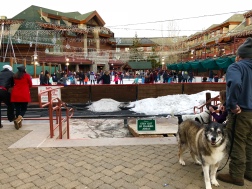 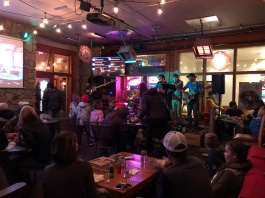 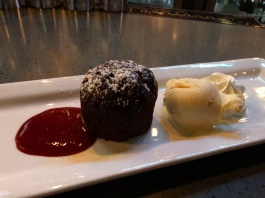 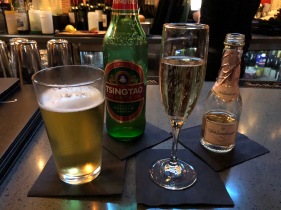 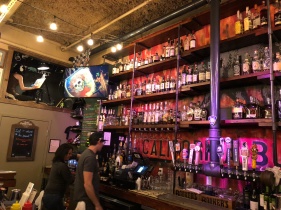 Heavenly has not received a ton of snow yet this year, so not all of the runs were open, but there were still enough runs open for us to have an incredible weekend. Heavenly sits at 10,000 feet, and if all of the runs are open, Heavenly has 28 chair lifts and 97 trails that are split between Nevada and California. You can ski or snowboard in Nevada in the morning and then switch over to California in the afternoon. It is a very unique experience. Also, while you are going down the hill, you have a BEAUTIFUL view of Lake Tahoe. 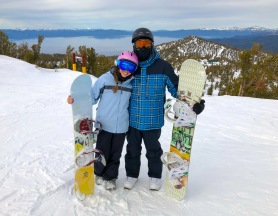 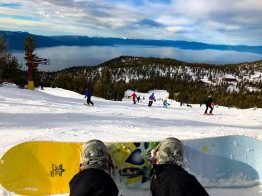 In August 2019, Mike and I visited Lake Tahoe again for our 2nd wedding anniversary. We spent the day visiting Emeralds Bay State Park. There is so much to do at the park! There are only 40 parking spots in the Emeralds Bay State Park lot where you need to go for the next activities, so be sure to arrive early. We got there by 8:15AM, and by 8:45, all of the spots were taken. It costs $10 per day to park in the lot. When we left, we saw how many others parked illegally on the side of the road with their cars half hanging off of the road, so I would recommend come early! Once you park, you have to hike 1 mile down to the base of the Emerald Bay.

We rented kayaks from Kayak Tahoe where 1 hour – $35, 2 hours  – $55, and all day – $85. We kayaked to Fannette Island and climbed to the top where there is the “Tea House”.  The tea house was built by Ms. Lora Josephine Knight (who owned Vikingsholm), and she built it to bring her guests for high tea. 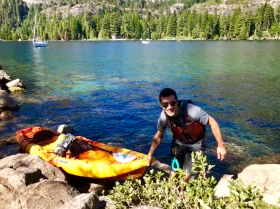 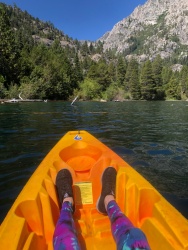 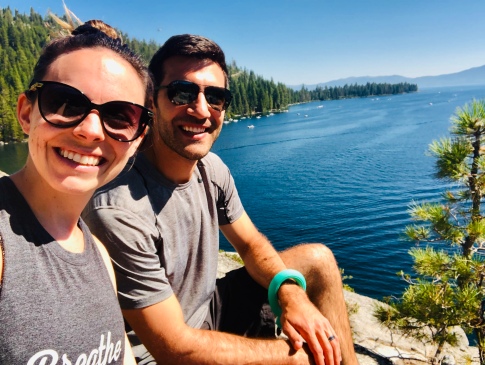 Vikingsholm is a house in the Emerald Bay that Ms. Lora Josephine Knight built, and it is famous for its architecture being the Scandinavian style, and she decided to build the house in this style because Emeralds Bay reminded her of the fjords in that region. There are tours of the Vikingsholm Castle for $15/person from 10:30AM – 4:00PM. 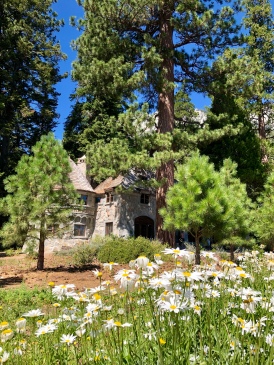 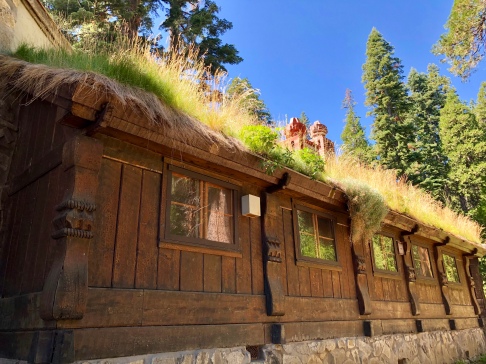 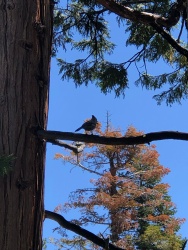 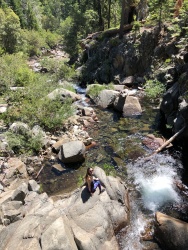 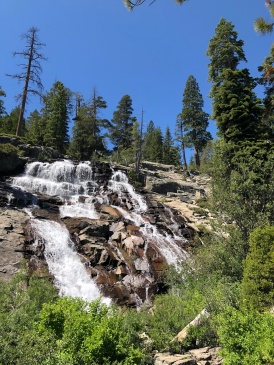 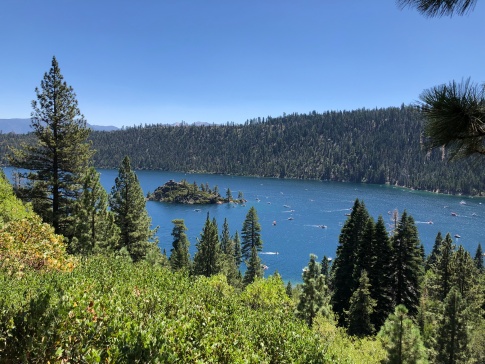 After Emeralds Bay, we drove north to Tahoe City and ate lunch. There were a lot of shops and restaurants in the city, and there was also a nice public beach. We at lunch at the Tahoe Tap Haus. I had a really good rose kombucha, and Mike had a really nice beer. 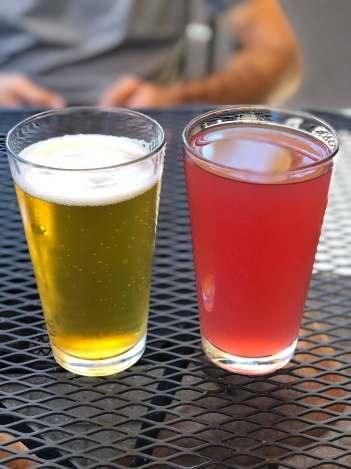 North of Tahoe City is Kings Beach, and this is where our Airbnb was that we stayed at for the weekend. We started the morning with a delicious coffee from Java Hut, after our day exploring, we got Ice Cream at Sweet Tahoe Time Ice Cream, and for dinner we had pizza at Whitecaps Pizza where we sat on their rooftop patio and watched the beautiful sunset. 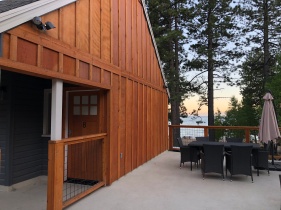 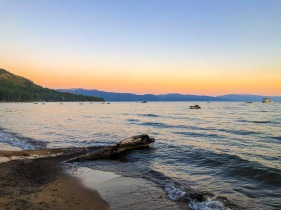 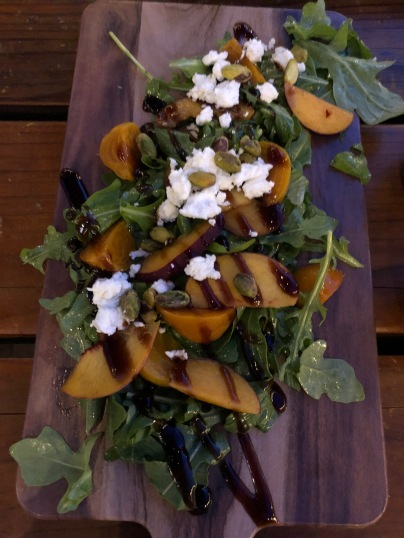 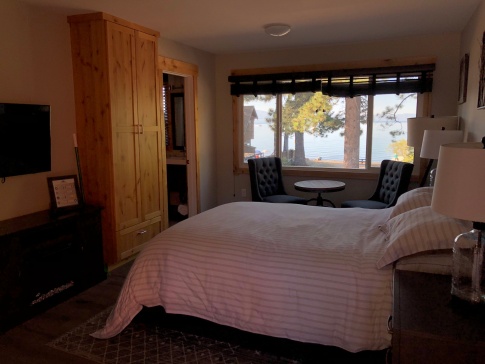 Just to the east of Kings Beach is Incline Village, and we visited a public park called Sand Harbor and climbed down on the rocks to explore. I personally thought this was the most beautiful part of the lake (and we have now driven around every part of the lake). 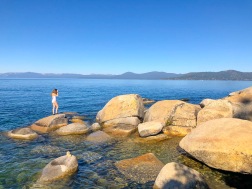 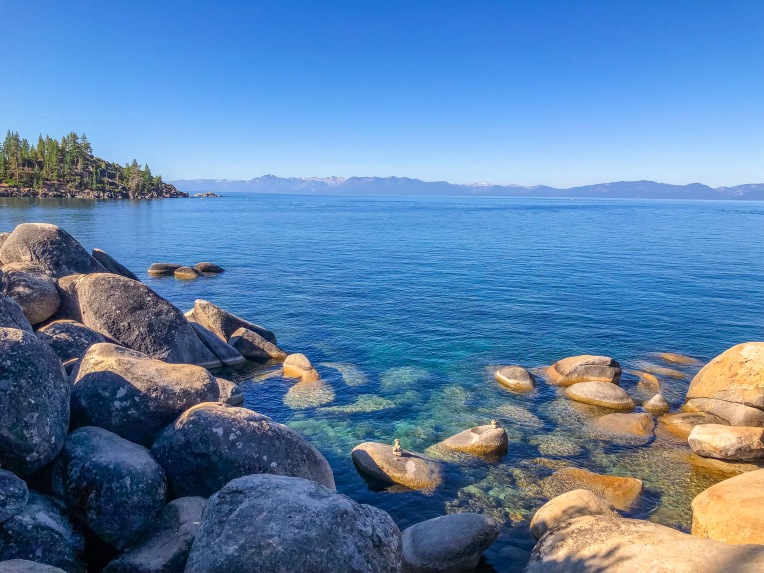 We ended our trip with a visit to the Lake Tahoe Ritz Carlton that is part of Northstar Resort. The resort is right on the side of the mountain, so people can ski in and ski out right from the hotel. We started out by spending some time lounging by the pool and reading, and then we got a couples massage. After the massage, we were going to lay back out at the pool but it was surprisingly packed so we headed home to Silicon Valley a little earlier than planned to beat the traffic. 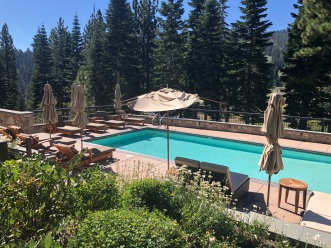 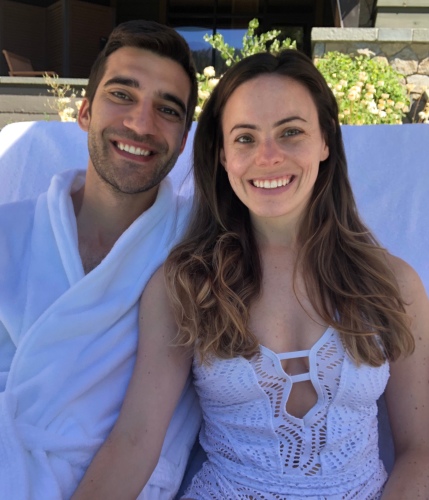 One thought on “California – Lake Tahoe”