Jupiter is one of my favorite cities in Florida. It is located along the Atlantic Ocean, and it is about 45 minutes north of Palm Beach. My family has a condo here, so we have been coming here every year since I was a little girl. I love it so much because it is my place to go and get away from the craziness of life and relax by the pool and the ocean. There are also many great restaurants nearby. 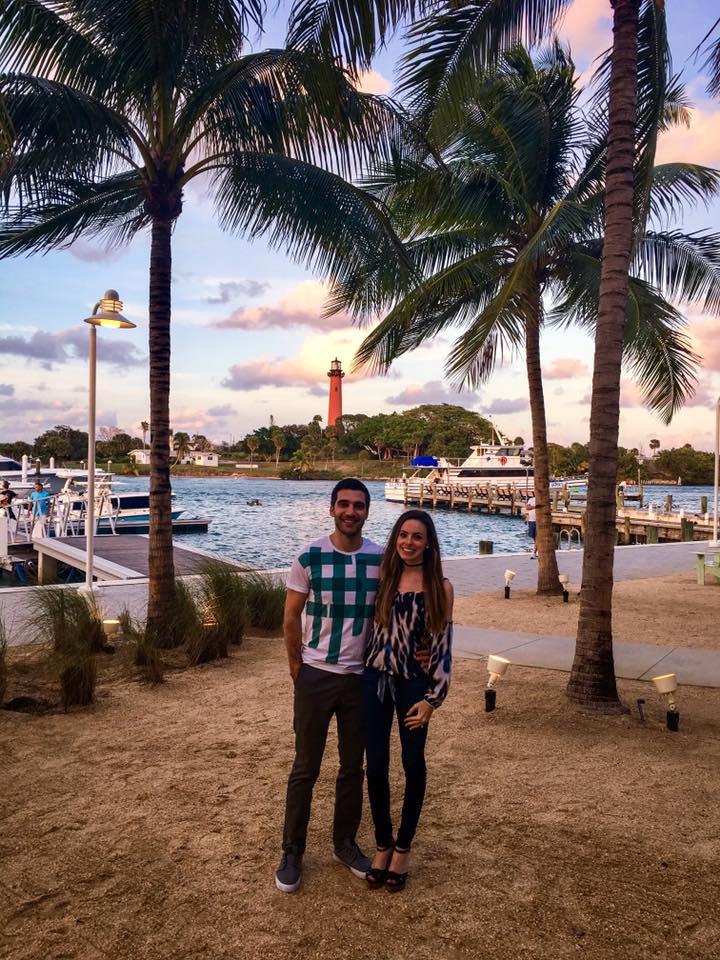 Siesta Key is a beautiful beach town on the gulf side of Florida. My junior year in high school I came here with about 20 of my friends and their families, and we had such a great trip. We all stayed at the Sarasota Surf & Racquet Club and another hotel right next to it. During the Spring Break time frame, the beaches were so crowded with young kids playing in the ocean, games in the sand such as football or Frisbee, and laying out at the pool. We saw dolphins swimming in the oceans as well (although my friends SWEAR it was a shark). 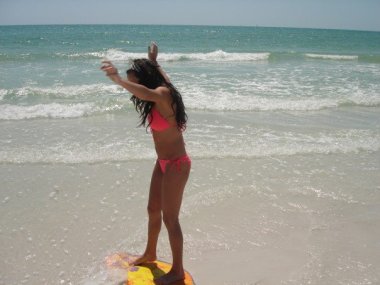 Oh Miami… They say that New York City is the city that never sleeps, but Miami is right up there. People do not go out to the bars or clubs until Midnight or later! I have been to Miami for Ultra Music Festival, with my family for a quick day trip, and with my friends from college for a bachelorette party, and each time has been an amazing trip. For the bachelorette party we went in June, so it was extremely hot and humid, but we did not let that stop us from enjoying the sun. We rented a really cute house in Miami Beach for a very reasonable price; it was fun to have all of the girls in the house together.

For one of the after parties for Ultra Music Festival, my friends and I got bottle service at SLS Hotel, and it was SO MUCH FUN. They treat their bottle service guests with supreme service. I would highly recommend checking the club out. Also at the SLS Hotel, they have a Katsuya restaurant, and The Bazaar by José Andrés bar which were both great as well. Katsuya is a trendy upscale Japanese restaurant, and The Bazaar is an ultra chic bar. 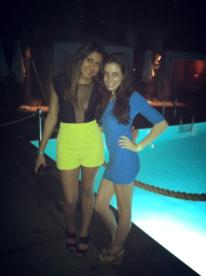 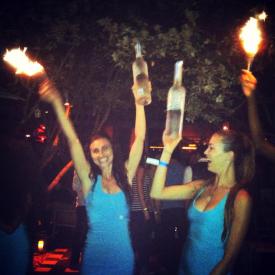 The Fountainebleau Hotel is a famous hotel has been in Miami Beach since 1954. Scarface was filmed at the hotel. We came here for a pool party, and it was extremely fun. The hotel reminds me of a casino or a cruise ship. It is so massive and blingy.

Mansion is a nightclub in Miami Beach, and the club hosts huge DJ’s and thousands of people dancing and enjoying the music. The club had performers where there were dancers hanging from the ceilings and bouncing in gigantic balls; it was like nothing I had ever seen before. The drinks were pretty expensive, but the music was great so it was definitely worth it. 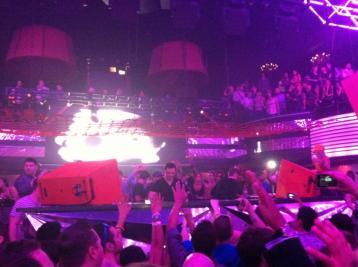 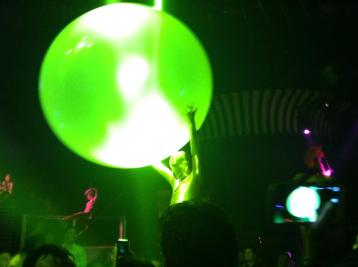 Story Night Club was very similar to Mansion. Lots of people dancing to great music, people with bottle service, performers, and lots of glow sticks. We had free bottle service, and it was a very fun time. 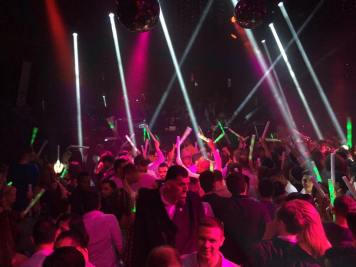 Baoli is a fancy Mediterranean and Sushi restaurant that is in a club setting with great dance music blaring from all around the restaurant. We sat outside on the garden patio, and half way through dinner, all of the servers came out with sparklers and handed them out to everyone to dance with. It was a very pleasant surprise and everyone had a great time. They also started blowing smoke and fog and flickered the lights. I would recommend coming here if you are up for a very different and exciting dinner. 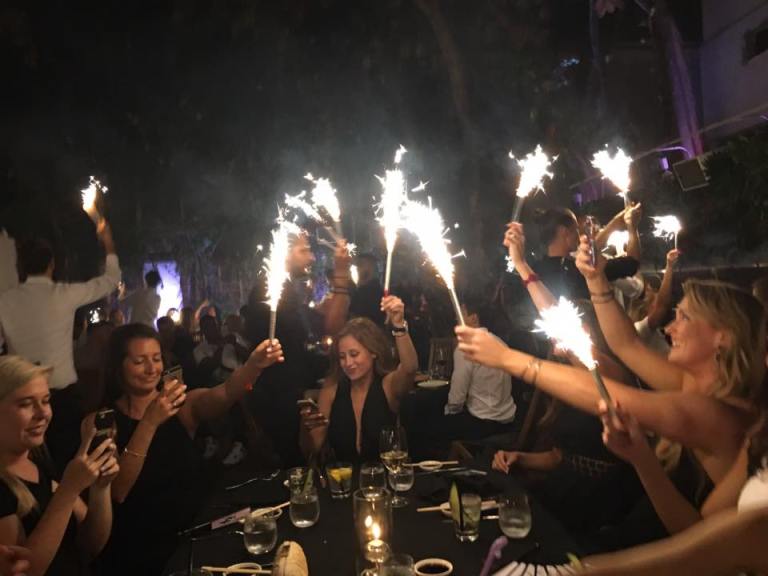 The Edition Hotel is beautiful from the moment you walk in the doors off of Collins Avenue in Miami Beach to the white chic lobby with greeters there to help escort your destination. We ate outside at the restaurant, which is a little expensive, but the food was really good and we had really great service. 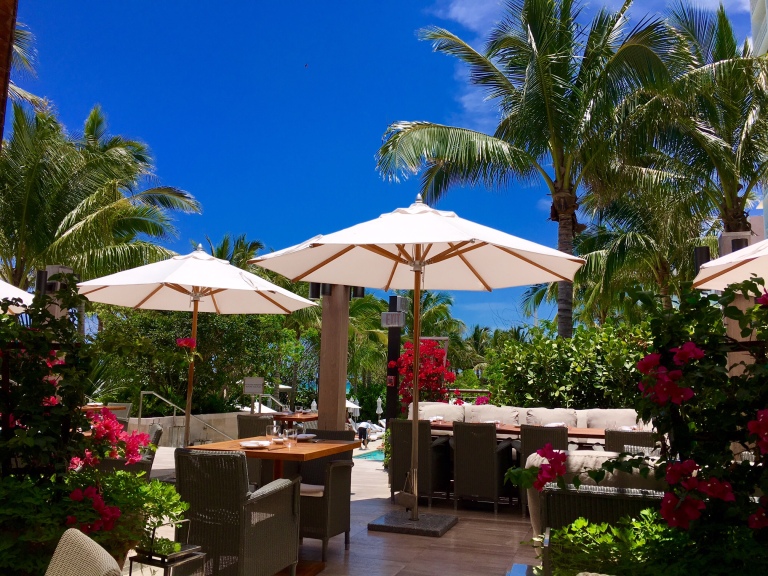 On my friends bachelorette party, we went deep sea fishing, and it was so much fun. The crew told us that they had not had a bachelorette party with 14 girls before, but they had us out there catching fish. 🙂 We were a little nervous being so far out at sea, but it was totally worth it. I would recommend trying it to anyone who is considering it. Some of the girls took motion sickness medicine as well to help so that no one would get sick from the waves. The city shoreline was beautiful from the water, and we were only two miles out.

A family friend of mine got married at the beautiful and historic Breakers hotel in Palm Beach. The hotel was opened on January 16, 1896 by oil, real estate, and railroad tycoon Henry Flagler. The wedding was a beach theme, and it was one of the most beautiful weddings I have ever been to. They got married on the front lawn while the sun set, and then had a small reception by the ocean. The food was amazing and everything was so perfect. 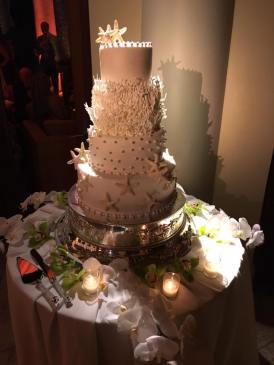 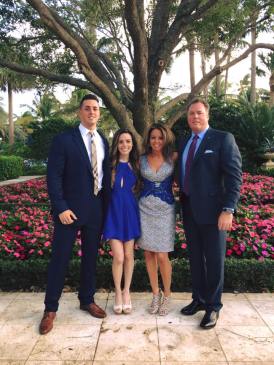 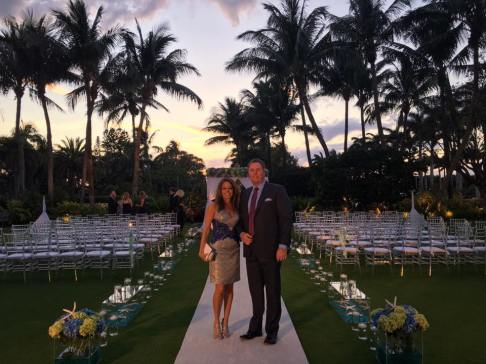 Del Ray Beach is a really fun and happening beach town off of the Atlantic Ocean. Atlantic Avenue runs perpendicular to the ocean, it is lined with hundreds of restaurants and bars all the way down, and everything is filled with people, even on a Sunday afternoon. They also have a large park area that was filled with games and children plating.

We ate at El Camino’s and it was fantastic! We tried a bunch of the small appetizer plates, as well as trying four of the specialty tacos they make. They also have great tequila and mescal drinks. I would highly recommend making a reservation here.

Orlando is a great city to go spend a week in and to go to all of the different parks. I have gone as a child and as an adult, and it is just as much fun every time I go.

When I was in Elementary School, my parents took me and my brother to Magic Kingdom, and I will never forget that trip. I bought an autograph book from the gift store, and as we meandered our way through the park and saw different characters, I would have them sign my character book. I loved it! I went when I was older as well, and we got fast passes to go on all of the roller coasters.

I went to the Universal Studio’s waterpark with my family, and it was so much fun. My brother and I had the greatest time and went on every single water ride. It was a great experience. We were younger at the time, so I am not sure how much I would enjoy it now, but as a kid, it was amazing. 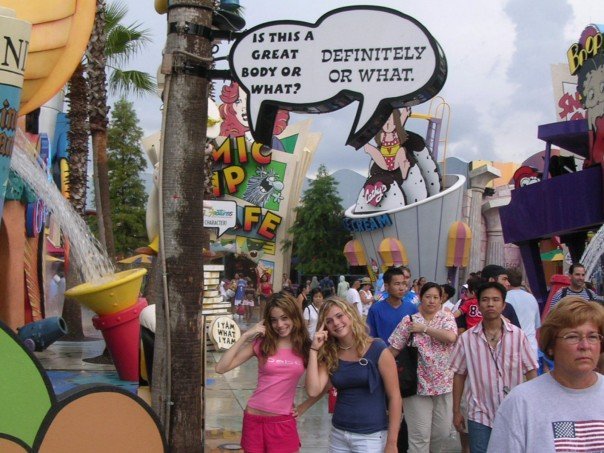 My fiance and I went to Epcot for New Years Eve 2017, and the day before that as well. We were really glad that we had two days because the park is so large, we were able to spread out time out at the different attractions, and we were able to see everything in the park. I would highly recommend buying your tickets online beforehand because when you do this, you are able to reserve 3 fast passes per day. The lines can get really long, but because of our fast passes, we never had any issues getting on the rides.

EPCOT stands for Experimental Prototype Community of Tomorrow. They have a Future World, with all of the larger rides, and then they have 12 countries located around a pond in the middle. There are so many amazing food options at Epcot. Each country offers unique food to the country. One night, we made our dinner reservation in the German Biergarten, and it was a true German Biergarten experience with everyone sitting family style at big tables with German performers, German cuisine, and German Beer. The second day we ate at a Moroccan restaurant, and they had a belly dancer perform in the middle of our dinner; it was so cool.

For Christmas and New Years, they had the park decorated for the holidays, and they had a choir sing Christmas Carols. On New Years Eve, the only bad thing was they handed noise makers out to everyone at 4:00PM, and of course the whole park was buzzing with that noise for a few hours with the kids blowing their noise makers thinking it was finny… it was NOT. Haha, I guess I am getting old. 🙂 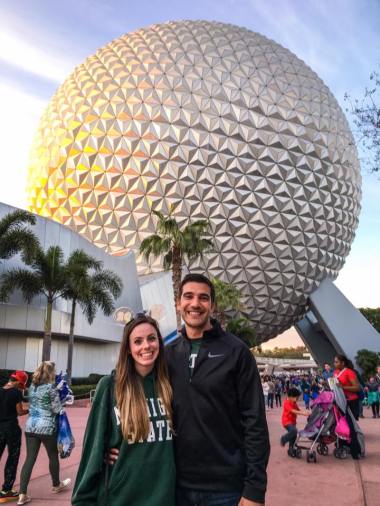 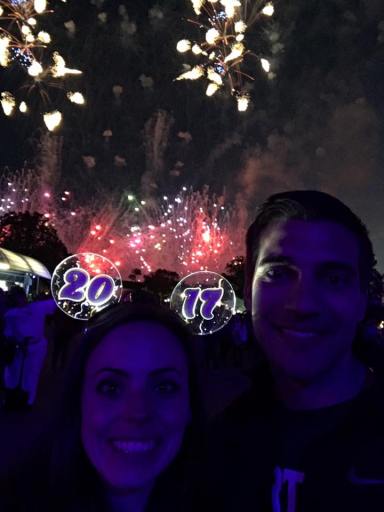 One thought on “Florida”